Before & After Weight Loss Photos

(Note: Results Not Typical - Weight loss varies by individual. Some may experience a greater weight loss and others may not be as successful )

Fast/Easy -Order Your Starch Blocker Now For Only $36 - Click Here!

Get Information On Other Bodysmart Solutions Weight Management Products 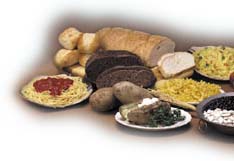 Its no secret that excess weight is an escalating problem in the Western World, both among adults and children. The number of overweight individuals in the U.S. has increased 66% over the last decade, and it is estimated that 60% of adults are overweight, and 20% are seriously overweight. 25% of American children are overweight, and 10-15% seriously so.

It’s a problem that leads to poor health—and high health care costs. Americans have lowered their dietary fat intake nearly 10 percent over the last decade, thanks to a proliferation of low fat products provided by the food industry, but we’re fatter than ever. Associated with the decrease in dietary fat intake has been an increase in carbohydrate consumption, which many are beginning to implicate as a factor in weight gain.

Insulin is the peptide hormone that facilitates entry of sugar into the body’s cells —it also stimulates the storage of carbo - hydrate calories that are not burned by activity as body fat. High protein meals, on the other hand, keep insulin levels low, and stimulate the secretion of glucagon— which has an opposing action to insulin, i.e. stimulating breakdown and burning of fat stores as fuel. Many people have successfully lost weight on carbohydrate restricted diets, because such diets lower insulin and raise glucagon levels, but then find it difficult to stay on them because they become boring, and because starch side dishes are routinely served with most cuisine.

Phaseolamin is the unique ingredient in Phase’oLean Forte, which can help keep absorption of calories from starchy foods lower, while still allowing people to enjoy some of their favorite foods, such as bread, pasta, potatoes, and popcorn. This development had its roots in an observation made by Venezuelan cattle ranchers, who fed their herds raw kidney beans in the early 1970’s because they were more plentiful at that time than corn and other grains generally used to fatten cattle. These ranchers reported to government scientists that their cattle lost, rather than gained, weight from the kidney bean feed supplement. These find ings were verified in laboratory animal feeding experiments, and published by Venezuelan scientists. Further research at the Howard Hughes Medical Center in Miami Florida, led to the isolation of a purified protein from the raw beans, which preferentially binds to alpha-amylase enzymes and make them unavailable for starch digestion. When the beans are cooked, the protein is denatured, and the alpha-amylase inhibiting activity disappears.

The discovery of alpha-amylase inhibition by phaseolamin was sub - sequently marketed as so called “starch blocker” dietary supplements in the 1980’s, but low potency led to inconsistent results. More recently, higher potency extracts have been developed, so that 1000 mg (1 gram) of purified kidney bean protein, under laboratory conditions, may inhibit enough alpha-amylase to block the digestion of 2250 calories (which represents over a pound of starch). When dietary starch is not digested, and the calories therefore not absorbed in the upper digestive tract, the undigested starch moves to the colon, where it is partially digested by the colon microflora (bacteria). When consumed with an effective alpha- amylase inhibitor, dietary starch may therefore become a form of dietary fiber (the definition of which being indigestible plant polysaccharides that are partially digested by colonic bacteria to form short chain fatty acids, which contribute to the health of the colon).

In clinical studies, 1500 mg of the extract contained in Phase’oLean Forte blocked 66% of the calories contained in 4 slices of white bread, compared to a placebo. In a double blind placebo controlled weight loss study conducted in Italy with the same extract, 30 participants taking the placebo lost an average of 0.4 pounds over 30 days, with no change in body fat percentage, whereas the 30 participants taking the purified kidney bean extract lost an average of 6.4 pounds, with a 10% decrease in body fat, and no change in lean body mass. All participants were counseled to eat similar diets by dieticians, and maintained their usual levels of physical activity. In all studies to date, this extract has proved to be safe and well tolerated. As part of a healthy weight loss program that includes exercise and a sensible diet based on whole natural foods, Phase’oLean Forte may help many people look and feel better, and improve their overall health by helping them maintain a healthier weight.*

Phaseolamin kidney bean protein extract will not block the digestion of sugars (even though they too are carbohydrates), fats, proteins, vitamins, minerals, or phytonutrients; only the calories of long chain poly - saccharides present as dietary starch, which are digested by the salivary and pancreatic alpha- amylase enzymes, are blocked by phaseolamin, the active ingredient in Phase’'oLean Forte. The phaseolamin contained in Phase ’oLean Forte is rapidly released in the stomach by Lifeplus’ proprietary tableting process. Two Phase’oLean Forte tablets supply 500 mg of phase olamin, purified from raw white kidney beans.

HOW TO TAKE PHASE'OLEAN FORTE
Take two tablets (preferably 15-20 minutes) before each meal containing carbohydrates from dietary starch. More tablets can be taken half way through the meal if desired.

If you take your Phase'oLean FORTE shortly before you begin eating, you will disable it at the right time. Phase'oLean FORTE Starch Blocker Tablets are scored so they are easily broken in half enabling you to take only one-half tablet when a small snack is eaten.

Note: Now with twice as many tablets per bottle. At half the dosage as before this makes it easier and more convenient to take.

SLENDER NOW™ WEIGHT MANAGEMENT PROGRAM
Phase'oLean FORTE Starch Blocker Tablets can provide major benefits for those trying to lose weight but especially those trying to keep it off. It only makes sense that the best results will be obtained when they are used as part of a total weight management program.

Play our Weight Management Message to You By Playing the Video Below!

Get Information On Other Slender Now Weight Management Products

"All Life Plus products come with a thirty day money back guarantee. Buy online with confidence. We STAND BEHIND THEM 100%"

We are committed to helping you and your family maintain maximum health. We consider your business a honor and a trust.

If you would like additional information on these products or any of the other products I will gladly E-Mail you information. We are here to serve you. Send mail to

*These statements have not been evaluated by the Food and Drug Administration. This product is not intended to diagnose, treat, cure or prevent any disease.